The recent credit crisis was preceded by a sharp increase in the transmission of information in the largest derivatives market. Such transmissions can therefore serve as indicators for the instability of the market. A team of researchers from the University of Amsterdam (UvA) and the Dutch ING Bank have discovered this unexpected link and have published their findings in the leading online journal Scientific Reports, from the publishers of Nature.

The financial swap market is a large network of risk swaps between banks and pension funds, whereby each swap ‘exchanges’ risk between two players. Each player seeks to minimise the risk in his own portfolio by engaging in interest rate swaps with other players. Over time, however, this practice can lead to the entire market becoming an unstable network, in which one small shock can trigger a critical situation. Because no single party has a complete overview of this network, the build-up of instability goes undetected. The recent credit crisis came as a surprise, but the findings from the UvA and ING study may be used to generate a useful early warning signal for possible new crises in the future.

UvA researcher Dr Rick Quax and his colleagues Prof. Peter Sloot (UvA) and Dr Drona Kandhai (UvA and ING) explain their discovery: ‘In mathematical terms, a build-up of instability in a network leads to an increase in information transmissions. But because the financial swap network is hidden, we can’t immediately compute these transmissions. As it turns out, we found a solution in the structure of the swap itself. Basically, a growing interdependence between banks causes a growing interdependence between swap interest rates with varying maturities. Consequently, information transmissions in the financial network also cause information transmissions between interest rate levels. As this data is publicly available, we were able to measure the build-up of instability after all.’

The researchers applied their analysis to the interest rate levels of the Euro and Dollar markets over the past 12 years. The resulting data provided the first clear picture of how years of accumulated instability on the dollar market suddenly overflowed into the euro market roughly three months before the credit crisis struck. In both markets, the onset of the current crisis (the bankruptcy of Lehman Brothers in September 2008) was preceded by a sharp increase in this instability. Quax, Kandhai and Sloot have demonstrated that this increase could have been used to provide an automatic early warning three to six months before the actual collapse.

The introduction of such an early warning signal could actually bolster the robustness of the financial market. Since an increase in information transmission would indicate a heightened possibility of a crisis, banks and pension funds would be able to adjust their behaviour accordingly, for example by trading risks in a different format until the warning signal dies out.

Given that networks are a common phenomenon in nature – from molecular protein networks all the way up to social networks – the results of this study could also help to provide a better understanding of robustness and the cause of sudden changes in a wide range of complex systems, both natural and man-made. 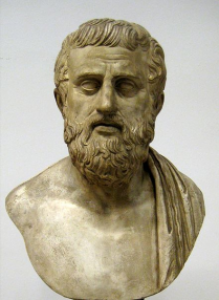 Criticality and Emergence in Multilevel Systems